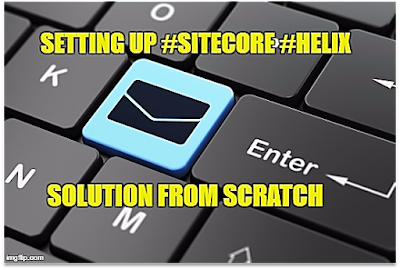 There is two solution to start with Helix:
I always preferred the second approach, because we can have full control of the solution and no need to understand the existing site logic and complexity.

So with the consideration of approach 2, here we are going to setup the site from scratch using Helix principle.

Hope you already have gone through the Sitecore helix principles, habitat documents, and training.

There was a lot of confusion regarding the Helix and Habitat terms, is it architecture? Principle? , design? Sitecore accelerator, what exactly is it?? It was a big question mark in the Sitecore community when Sitecore introduced this in the September 2016. 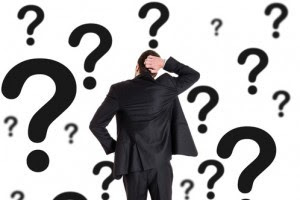 Helix is a set of overall design principles and conventions for Sitecore development.

Habitat is a real Sitecore project implemented on the Sitecore Experience Platform using Helix. It is an example that allows developers to see how Helix is applied and lets developers experience a project based on these principles.
I am not going to explaining in detail what is helix and habitat?

Helix is all about the structure, structure, and structure, Helix says to split your solution into the logical and physical structure. Everything thing is a component here.

“A Visual Studio solution can host a number of different project types, such as Web Application projects, unit test projects, Team Development for Sitecore (TDS) projects, behavioural testing projects, Xamarin projects, etc., but modules are always grouped by their logical connection to a module – and never by type.”
On the very high level, implementation point of view, I divided the solution into 2 Main categories as below:

Then I set up the folder structure inside Visual Studio, adding the Project, Feature and Foundation folders. Solution folders are virtual, not physical. 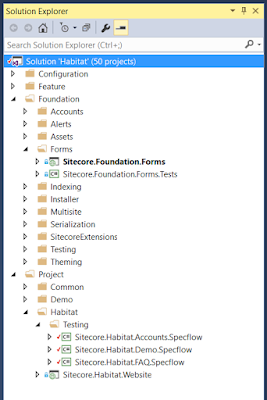 NOTE: it is very important to sync your visual studio folder structure with file system structure, Need to follow some discipline to maintain the structure.

Here I am starting with visual studio solution, I am taking one project reference let’s start with an Example called: DubaiRTX

Let’s do some workshop:

Create the file system folder called DubaiRTX anywhere in your filesystem, I created under C:/Websites/DubaiRTX 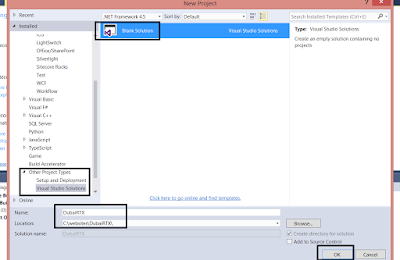 Then create the folder named src under DubaiRTX folder, we will place everything in this folder like below: 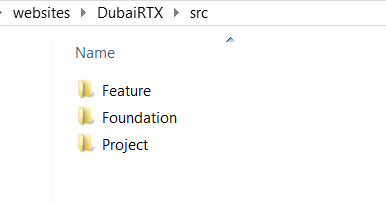 Now open the visual studio solution, and create the feature, Foundation, and project solution Folder in the solution. 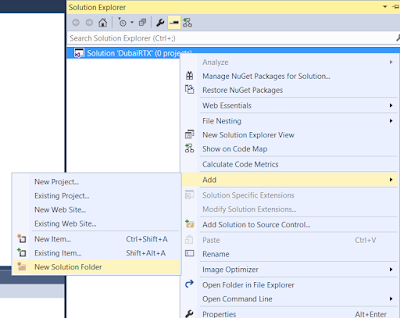 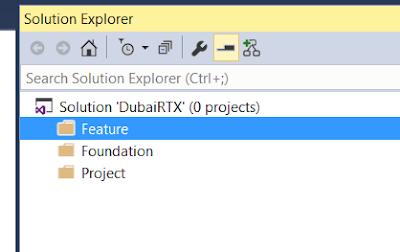 First we need to create the subfolder under each layer to categories in to modular format, means we should not create the project directly into the Project, feature, and Foundation layer as per the Helix principles. 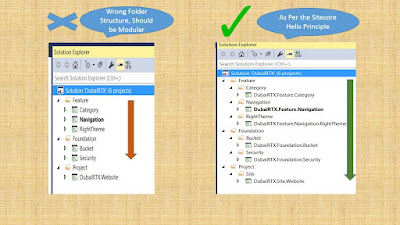 So below is my requirement, I need to create some feature, foundation and main project website:

Let’s add projects into the solution

Add project into the Solution 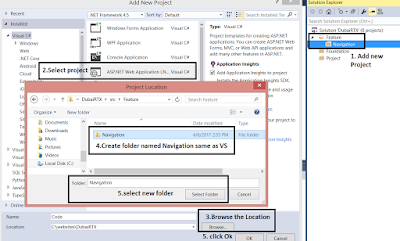 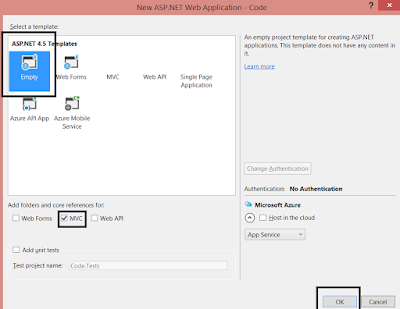 Note: it’s very important to sync your project with proper file structure, that’s why we created folder named navigation in the feature folder and created the project by name called code, because we need to maintain all the project file under the code folder, and  it will create the folder directory into the >DubaiRTX>src>feature>Navigation>Code>project files. 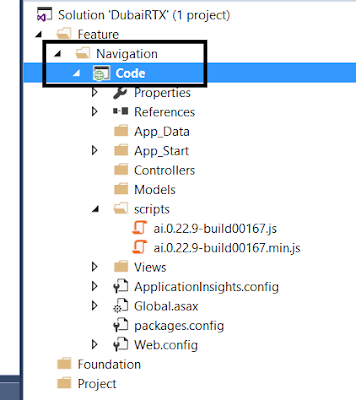 We need to make sure the Web.config file doesn’t get published, set the build action to ‘None’:
Go to the project > select the webconfig > right click > property > change build action to none 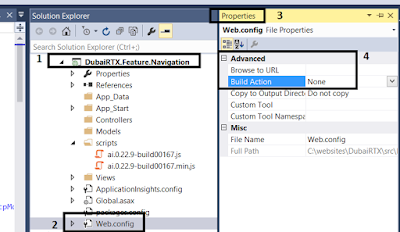 Do the same steps for all project you want to include in the solution:
I have done the same exercise using the above-mentioned steps for 6 projects.

As per the Helix principle

Projects are grouped together in a solution by the layer and module to which they belong.

A project, and assembly should be named in a namespace-like fashion with:

The logical Grouping of the project in the solution: 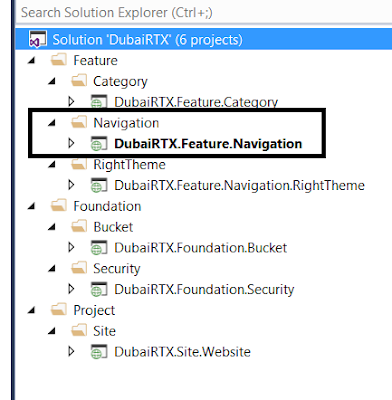 As per the Best practice, all code should be in src folder, then there are 3 layers named feature, Foundation, project.

Let’s add test project in the solution as well, 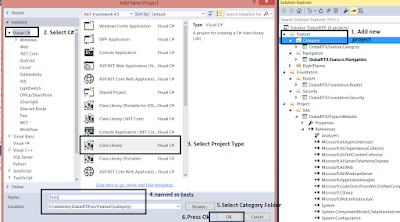 Rename from Tests to DubaiRTX.Feature.Category.Tests

Change the property and assembly name: 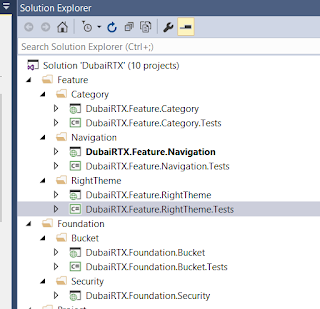 The very first thing came into my Mind for automation is PowerShell, yes I am the big fan of powershell, it is really very powerfull by its name as well.

Good news guys, Sitecore MVP, and the Most Active member of our Sitecore Community Akshay Sura already provided some solution for setting up helix from scratch using Powershell, here is the link:

I hope this article will help you to understand the basic concept’s to setup the Sitecore helix project from scratch.

If you have any questions or concerns, please get in touch with me on twitter @sitecore_ashish or on Slack).

Popular posts from this blog 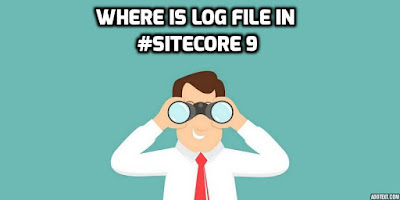 Everywhere, there is only one sound Sitee…ccc..oorr..eee  Sitecore.. Sitecore .. and Sitecore 9 Only..
As we all are very excited to start playing with sitecore9, Installation was not easy.
This time no “Next-Next” “Wizard Approach” to install the sitecore 9, if you still haven’t installed the Sitecore 9 yet, then….  “Go and install Man.” 😊
Here are some useful links which can help you to install sitecore9
http://blog.baslijten.com/gotchas-while-installing-sitecore-9-using-the-sitecore-installation-framework/
https://blogs.perficient.com/microsoft/2017/10/how-to-install-sitecore-9-with-the-sitecore-install-framework/
I also just start playing with Sitecore9 and the question raised when I encountered the error while I tried to play with new sitecore9 form as below:


The moment I got this error, suddenly I thought about our life saver file “Sitecore log file”  and browsed the root directory of my installation for looking the data folder where Sitecore log file lives…
But now in sitecore 9 t…
Read more

Different way to unpublish the item in sitecore 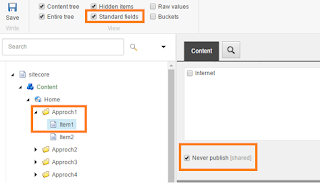 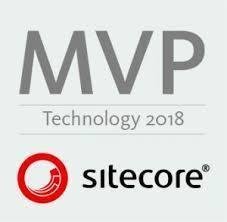 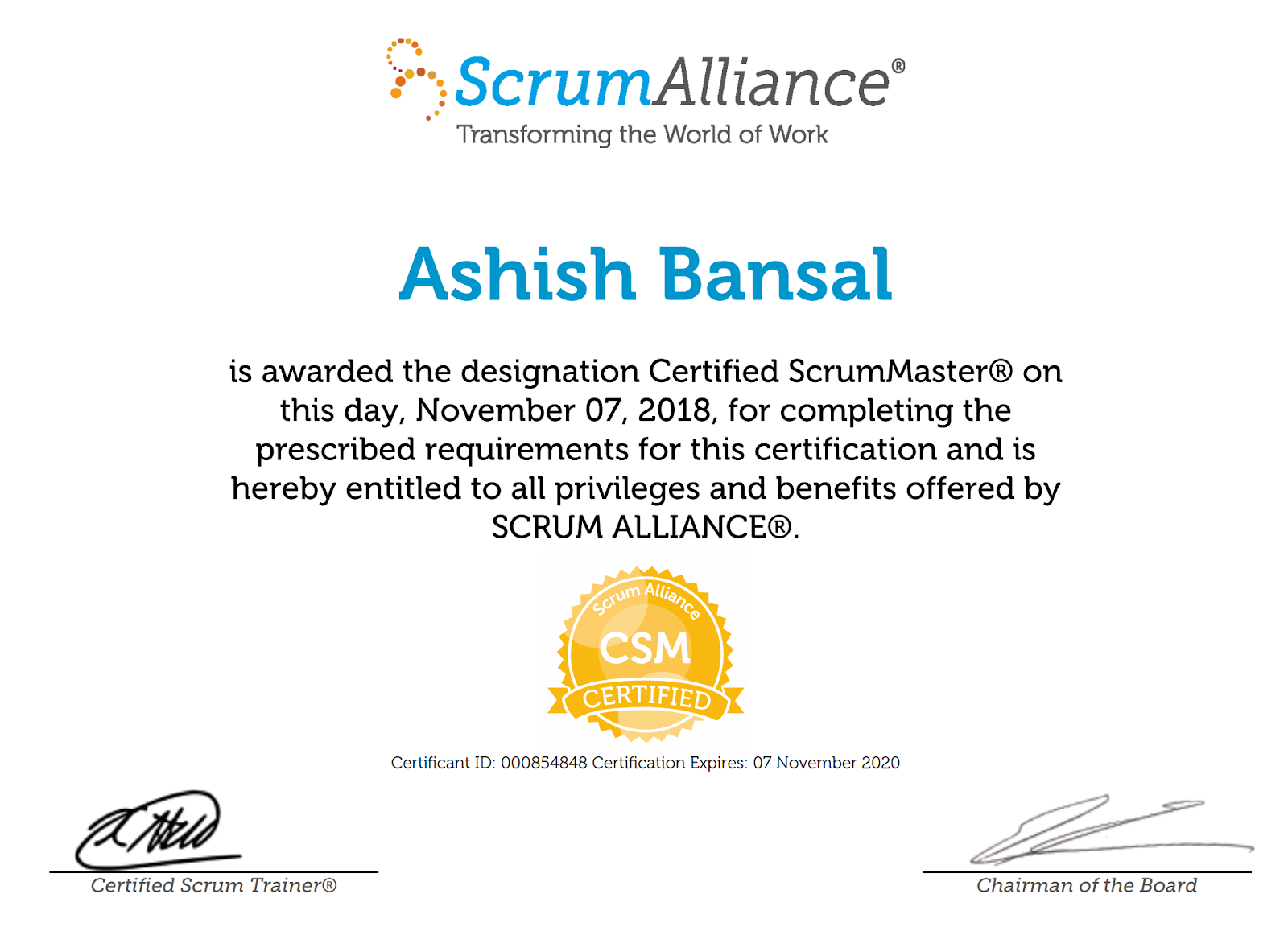